YOU ARE YOUR STORIES

I started my high school career as the shortest grade eight student in my year. By the time I graduated from school I had grown enough to be the second shortest. My best friend was the second tallest person in the school, towering over me at nearly two metres. As a result, the story I told myself for years was that I was small. This was reinforced by the bullying I endured through most of my childhood.

Then one evening, I found myself looking over the heads of almost an entire crowd of people as I searched for my wife. Suddenly I realised that I wasn’t as short as I’d believed, and I soon discovered that I was now well above average height. It took a while for the story in my head to change, but it was a strangely liberating moment.

Human beings are creatures of stories. From the earliest emergence of human settlements customs, culture, wisdom, learning, identity, and spirituality were all contained in stories that were passed down from generation to generation. Most sacred texts are simply collections of stories that help devotees to make meaning of the world and their place in it.

At its heart, spirituality is about owning our own story, finding our place in the bigger stories of our community and cosmos, and learning to repeatedly rewrite these stories in ways that make them healthier and more enlivening for all. That’s why it is problematic when sacred texts become fixed and are no longer open to new understandings based on the new chapters that we are living in our personal and collective stories.

At its heart, spirituality is about owning our own story, finding our place in the bigger stories of our community and cosmos, and learning to repeatedly rewrite these stories in ways that make them healthier and more enlivening... Click To Tweet

At this time in history we are all living in a very challenging and chaotic global story. The pandemic is just one subplot among many:

All of these stories hold the temptation for us to tell and embrace an incomplete narrative. In the face of such overwhelming complexity, the urge to cling to a simplified story, and shut out anything that challenges our narrative, can be almost impossible to resist. But this is where a healthy and courageous spirituality is most needed and most effective.

In the face of such overwhelming complexity, the urge to cling to a simplified story, and shut out anything that challenges our narrative, can be almost impossible to resist. Click To Tweet

When we make our incomplete stories the whole story we trap ourselves in limited perspectives and we find ourselves constantly on the defensive against anything that challenges our worldview. But spirituality teaches us that no story is complete, no story is the only story, and no story is unchanging. Once that realisation captures our hearts, we can learn to hold our stories lightly, and engage with the alternative stories of those around us—especially those that are hidden, marginalised, and silenced. If our spirituality doesn’t teach us to listen more deeply and carefully to the stories of people unlike us, it is unworthy of the name.

Injustice in society arises when those in power impose their story—or their version of other people’s stories—on those with less or no power. The task of those who seek to bring about justice is to allow every person and group to tell their own stories in their own way, and to believe them and receive their story, even when their story is difficult or painful for us to hear.

In the next few weeks I’ll be exploring the relationship between spirituality, stories, time, and place. But, for now, perhaps we can begin the work of holding our own stories lightly and listening to the stories of others by allowing the following poem to speak to us. 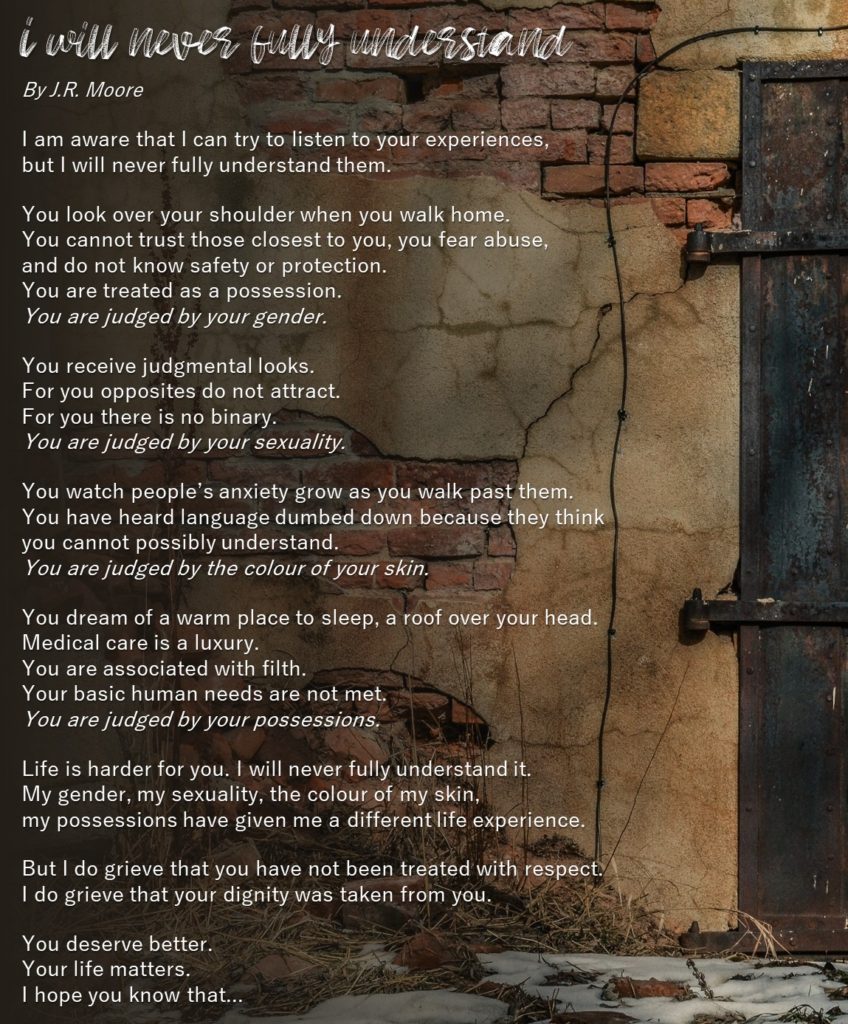 Don’t forget to sign up for our newsletter, or follow us on social media so you don’t miss out on any of the new happenings here at EvoFaith.

IF YOU’D LIKE TO JOIN THIS NEW EVOLUTION OF SPIRITUAL COMMUNITY, HEAD ACROSS TO THE EVOFAITH TRIBE AND SEND A US REQUEST

Discussion, robust debate, and respectful disagreement are encouraged. However, shaming, attacking, and trolling are not. Please keep the comments on topic, and kind. Any comments that violate this ethos will be removed.

EvoFaith is an online community rooted in evolutionary spirituality.
To support this new evolution of spiritual community and to enjoy exclusive resources and offers, consider becoming a patron.